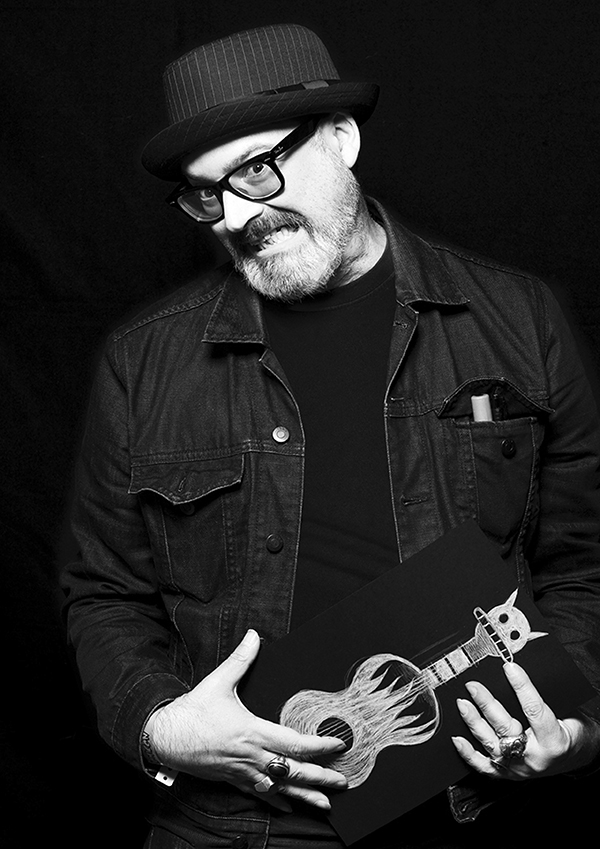 In 1979 he started publishing comics on a regular basis in the major specialised magazines (Frigidaire, Linus, Alter, Dolce Vita, Cyborg, Nova Express, Blue), soon becoming one of the points of reference for the ’bizarre’ comics.

In 1980 he started a music activity that drove him to create several indie music bands. He has since concentrated on his musical activities as solo artist. In 1981, together with Vittore Baroni and Piermario Ciani, he took part in the multimedia network project TRAX, the forerunner of the future activities of subversive Luther Blissett. Then he began a constant artistic-performing activity which led him to a series of exhibition events in Italy, America, Greece, Portugal and Switzerland. In 1985 he took an interest in design and launched into a collaboration with some of the major architecture offices in Milan (Sottsass, Mendini, Thun). He also created designs for the well-known brands such as Memphis, Swatch, Artemide and Alessi. 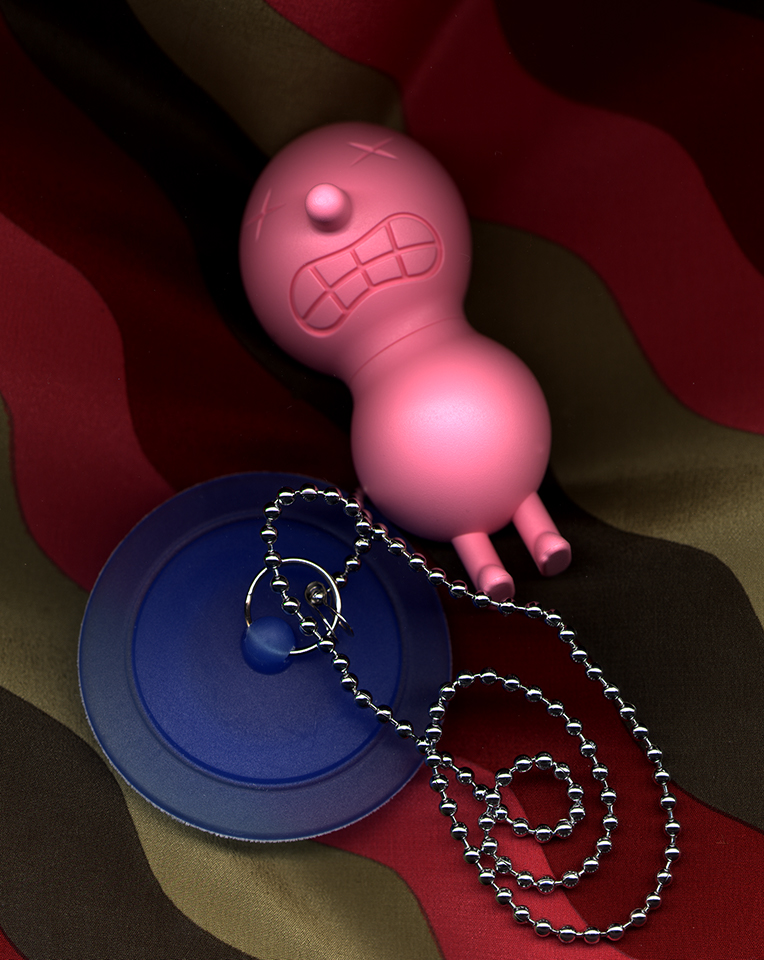 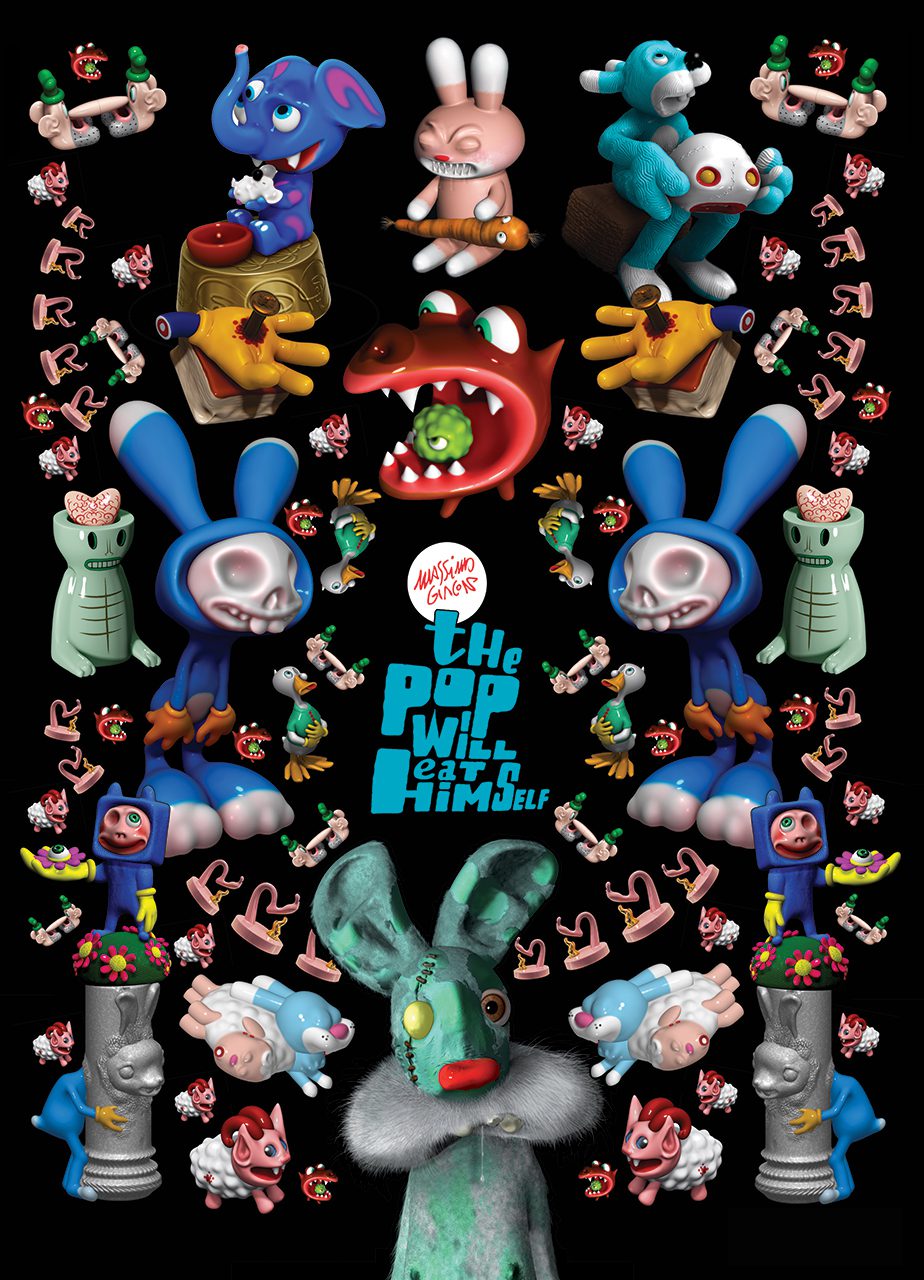 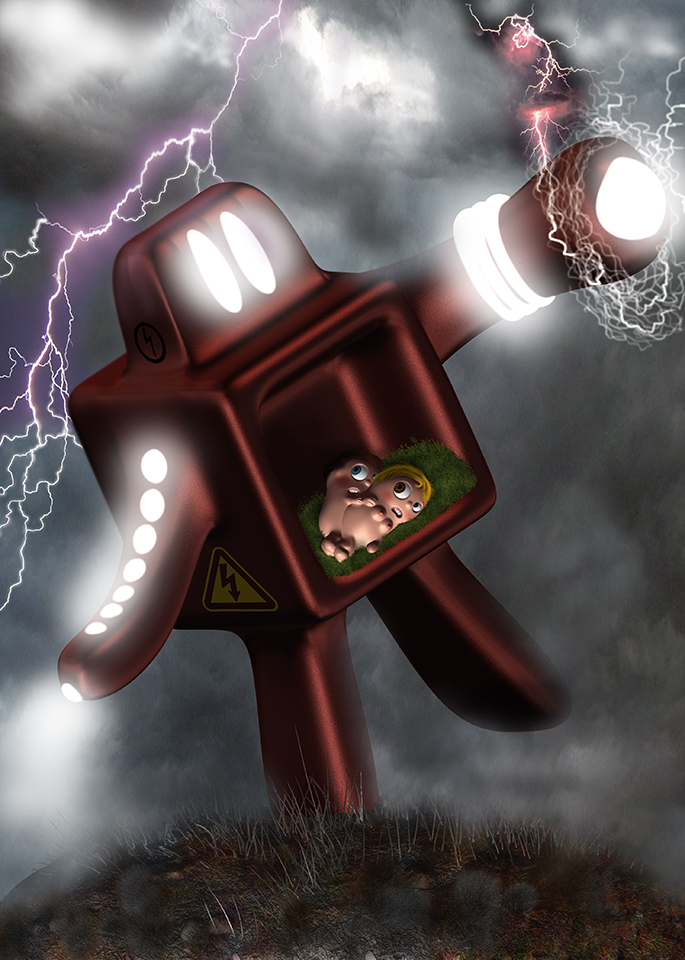